Kim Kardashian And Kanye West Are Officially Getting Divorced 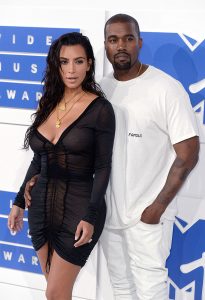 The romantic saga of Kimye gets completely ruined after Kim Kardashian files for divorce from her husband Kanye West. They are calling it quits after almost 7 long years of controversial marriage. She wants to get divorced just three months before their 7th wedding anniversary.

The 40-year-old celebrity, Kim, and the 43-year-old Kanye West are officially off the list of Hollywood power couples. They have become the first high-profile couple who decided to split in 2021. Kim officially filed a divorce from Kanye on 19 February.

Kim wants to win the joint physical and legal custody of the couple’s four children. According to TMZ’s report, the separation has been so far “amicable,” and both Kim and Kanye haven’t contested the prenuptial agreement that they agreed before. Though, Kim has not yet filed the date of separation in the official document.

Before Kim made the headline for the divorce, the couple was spread all of the news on Feb 3. According to the source, Kim took some of her stuff out of his house in Calabasas, CA that included 500 pairs of sneakers. Kim organized a girls’ trip to Turks and Caicos at the time of their separation to provide him some space to think because “they both felt it would be less dramatic without both of them in the house,” a source told Page Six.

Just after a few weeks, Kanye moved his belongings from their home, it was heard that Kim was looking for a divorce lawyer.

“Kim has hired Laura Wasser and they are in settlement talks,” Page Six reported. She is the powerful divorce attorney to Hollywood’s elite — including Angelina Jolie, Britney Spears, and Gwen Stefani.

The speculation of their separation began at Kim’s 40th birthday party in October. The hip hop artist only stayed at the party for less than 24 hours. At the same time, Kim started to go out in public without her wedding ring before she planned to spend the vacation with the pair’s kids at her sister, Kourtney Kardashian‘s home in Calabasas, CA. Kanye was reportedly staying at his home in Wyoming.

Kanye hinted to divorce his wife in several tweets in 2020. He reported that Kim and her mother, Kris Jenner claimed him to be mentally unstable.

Kim explained his former husband’s bipolar disorder syndrome: “As many of you know, Kanye has bipolar disorder. Anyone who has this or has a loved one in their life who does, knows how incredibly complicated and painful it is to understand,” she wrote, explaining, “I’ve never spoken publicly about how this has affected us at home because I am very protective of our children and Kanye’s right to privacy when it comes to his health. But today, I feel like I should comment on it because of the stigma and misconceptions about mental health.”

The upcoming New York hip hop artist Chazo introduces himself as the warlock of newness in the prolific hip hop market with the music...

To create Miami as the DESTINATION HUB for MODEST FASHION WEEKS around the world.(Switching Fashion Editorial):- Miami, Florida Feb 10,...